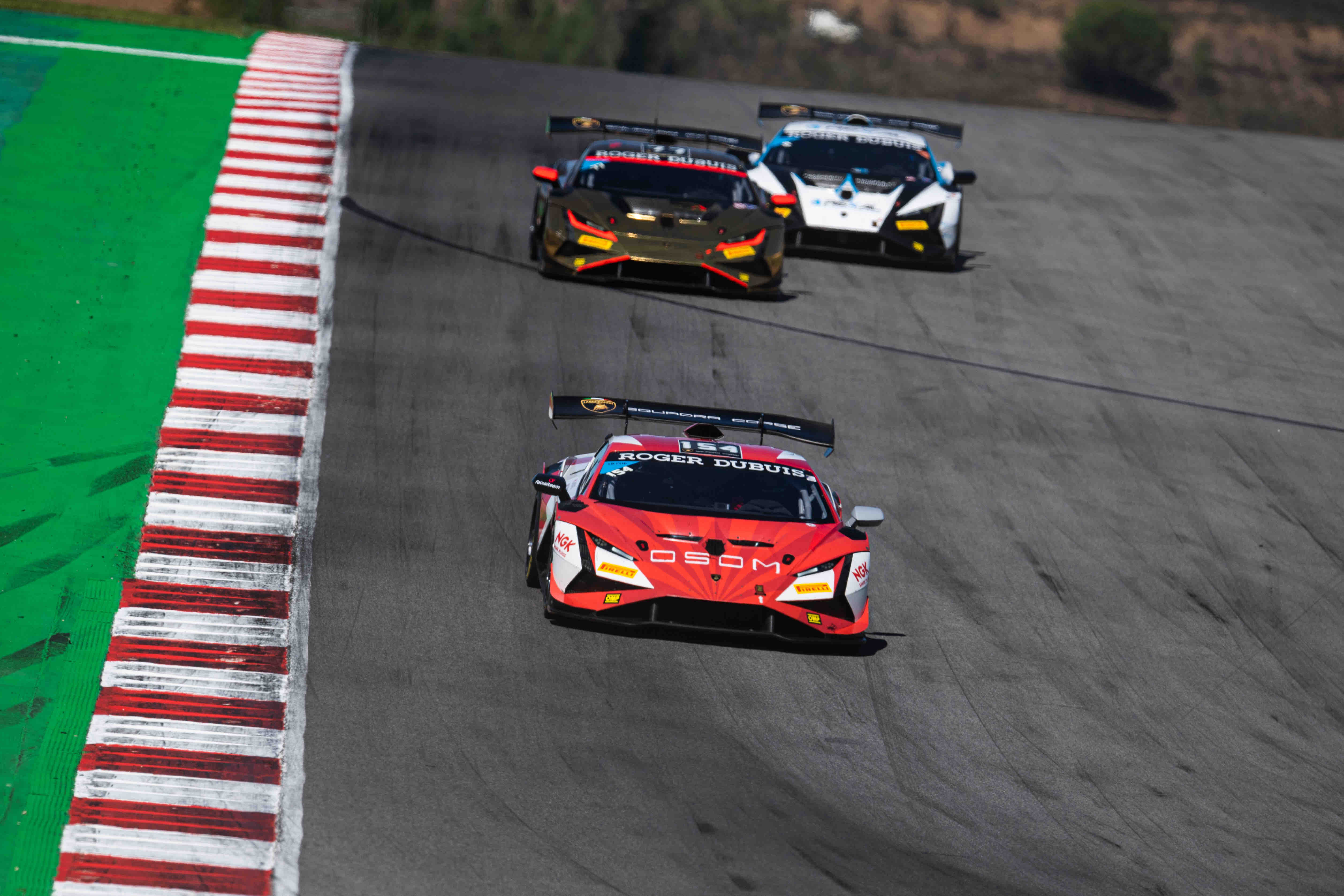 A few weeks since the final race week of the season, where OSOM CEO Jason Keats and I finished 2nd in the North American Lamborghini Cup, I’ve been refocusing on activism around Transgender Awareness Week (13-20th Nov), which culminates this Sunday with Trans Day of Remembrance.

It’s a sobering fact that so many from the trans community will hold space this weekend for at least one person they knew who lost their life in the struggle to live as their true self. This Sunday, we remember those we’ve lost to hate and intolerance and the violence that too many of us still face.

Ever since I transitioned in 2012, I have wanted to help spread awareness. Creating change within the small bubble I found myself in back then felt just as important as it does today using the platform I have as a pro driver competing internationally. It means splitting roles, and knowing when to pivot my focus from the track to activism isn’t always easy. Being your best as an athlete requires total commitment.

I always encourage people to engage; ask me a question, and 99% of the time, I’ll happily tell you about what my journey has been like. I believe education is the key to fostering empathy and understanding and the strongest defense we have against hate and violence. But I do have to caveat that because there are limits to what it’s reasonable to share.

Some questions we get asked as trans people cross the boundary of well-meaning curiosity, like your old name, if you have a photo pre-transition, and details about surgery. These types of questions serve no expansion of knowledge; they’re purely voyeuristic. I’ve had to learn as I go, drawing the line on these kinds of inquiries when trying to help educate without totally compromising personal privacy.

I still see frequent negative comments online about why we need LGBTQ+ inclusion in motorsport, what relevance it has at the track, and why anyone should even care that I’m trans. These claims reinforce my resolve, as it demonstrates that attitudes still need to change.

The importance of visibility can be lost on people who regularly see themselves represented in the sports and careers they aspire to. I never saw any trans people doing the things I dreamt of as a kid — I had no role models. Instead, I grew up feeling limited by what I understood were a set of rules society had decided for people like me. That’s why I do what I do: to show it’s possible and to give hope to kids who need it. There are more than enough statistics and first-hand accounts out there. The ultimate fact is that life feels bleak for trans youth around the world. So, how do we make a difference?

It starts with a choice: committing to hold ourselves accountable, to step up as allies and advocates for the trans community. It’s about being vocal in our support and standing up for people when they’re unable to themselves. It begins with awareness, educating ourselves and understanding the basic facts so that we feel empowered to speak up about them.

Next time you find yourself browsing nothing in particular on your phone, search for “Trans Awareness Week” and see what you learn.

Resources on Trans Day of Remembrance