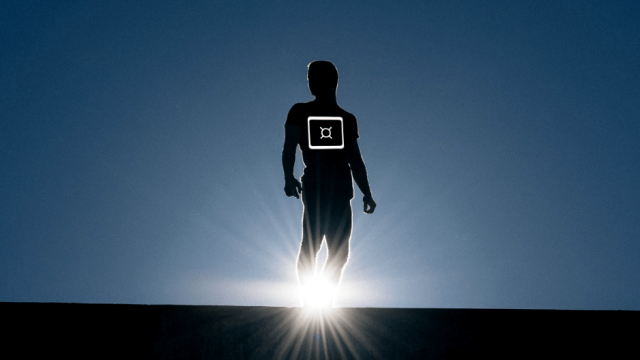 In the last year, we’ve seen almost everything move to some sort of online streaming including weddings, family gatherings, lectures and workshops. Eventbrite allows the user to have control over their events by choosing the audience they want to share with. It can be a public or private event, with options for URL access, emailed personal invitations, or password protected entry – making sure your private events stay truly private.

Eugene McDonald invented the mute button. McDonald was the innovation loving co-founder of Zenith Electronics, an early pioneer in radio and television hardware. Amongst other firsts, Zenith was the first company to produce a remote control for the TV. Those first remotes had only 4 functions: on/off, channel up, channel down, mute. Mute! McDonald despised commercial intrusions and he insisted that customers needed a way to silence any electronic device that was trying to push its own agenda. He knew that keeping the individual user in control was paramount. So here’s to Eugene F. McDonald and the Zenith mute button, an innovation for the ages.

Mary is the co-author of the California Consumer Privacy Act legislation that changed how governing bodies view consumer data privacy. It has created positive movement not just in the U.S. but all over the world and continues to influence regulation on Big Tech and what’s important to the consumer. Mary is a true pioneer!

In 1991, in an effort to eliminate the growing number of telemarketing calls (which usually occurred during dinner), the U.S. Congress passed the Telephone Consumer Protection Act. Though cleared with the best of intentions, the impetus was on the customer to register themselves on each telemarketer’s “do not call list.” You can only imagine how successful this was, which led to the creation of the National Do Not Call Registry in 2003. Not without (many) faults of its own, the Registry and associated TCPA were (and continue to be) a step in the right direction regarding privacy from unwanted telemarketers, and have preserved dinner time for many families around the United States. 😉

The GDPR is a regulation in EU law on data protection and privacy in the EU and the European Economic Area (EEA). In practice, the creation of GDPR allows people to realize what is taken from them on a daily basis. Though clumsy in its usage, as companies don’t make it easy for users to select what is shared, it is a first (very huge) step.

The next iteration will vastly improve the regulation, and the user experience will also improve as choices are moved to a device-level. The government has led the way from a legal framework, and the time has now come for manufacturers to push with appropriate product choices.

Becoming a recent father placed me into a different mindset, especially in the digital age that we are living in.

In the US there is a law known as COPPA (The Children’s Online Privacy Protection Act) that regulates how companies must handle the personal information of, and market to, children under the age of 13. The primary goal of this act is to prevent companies from targeting children with deceptive and potentially manipulative advertising practices.

An online service must also gather consent from a parent prior to collecting the data; make it possible for that parent/guardian to review the data collected by the service; and only keep the data for the time necessary for the service. Most online services that aren’t directed specifically at children find it easier to simply prohibit users under the age of 13 rather than deal with the additional requirements put upon them by COPPA.

So, until my highly impressionable son is out of grade school, I can simply have tools at my disposal just citing COPPA.

Facebook, WhatsApp, and other social media networks are selling our personal data for profit. MeWe is an alternative social network which does not sell user data to anyone. No targeted third-party advertisements or targeted third-party content. Like OSOM, MeWe puts privacy in the hands of its users. The privacy revolution is already underway.

The Next Generation of Users – Nick Franco

Technology impacts the lives of people at a younger age than ever before. These users are more informed and more conscious of the data they share at a time when most tech companies have significantly expanded the amount of data that can be collected on us. Our youngest users are more aware of this overreach and the dangers that follow, and they will lead the generation after them to be more cognizant of privacy and protection of the end user. The tactics used by corporations that take advantage of today’s users will not outsmart the well-informed next generation of privacy-conscious users.