What Is Juice Jacking and How Does OSOM Prevent It? 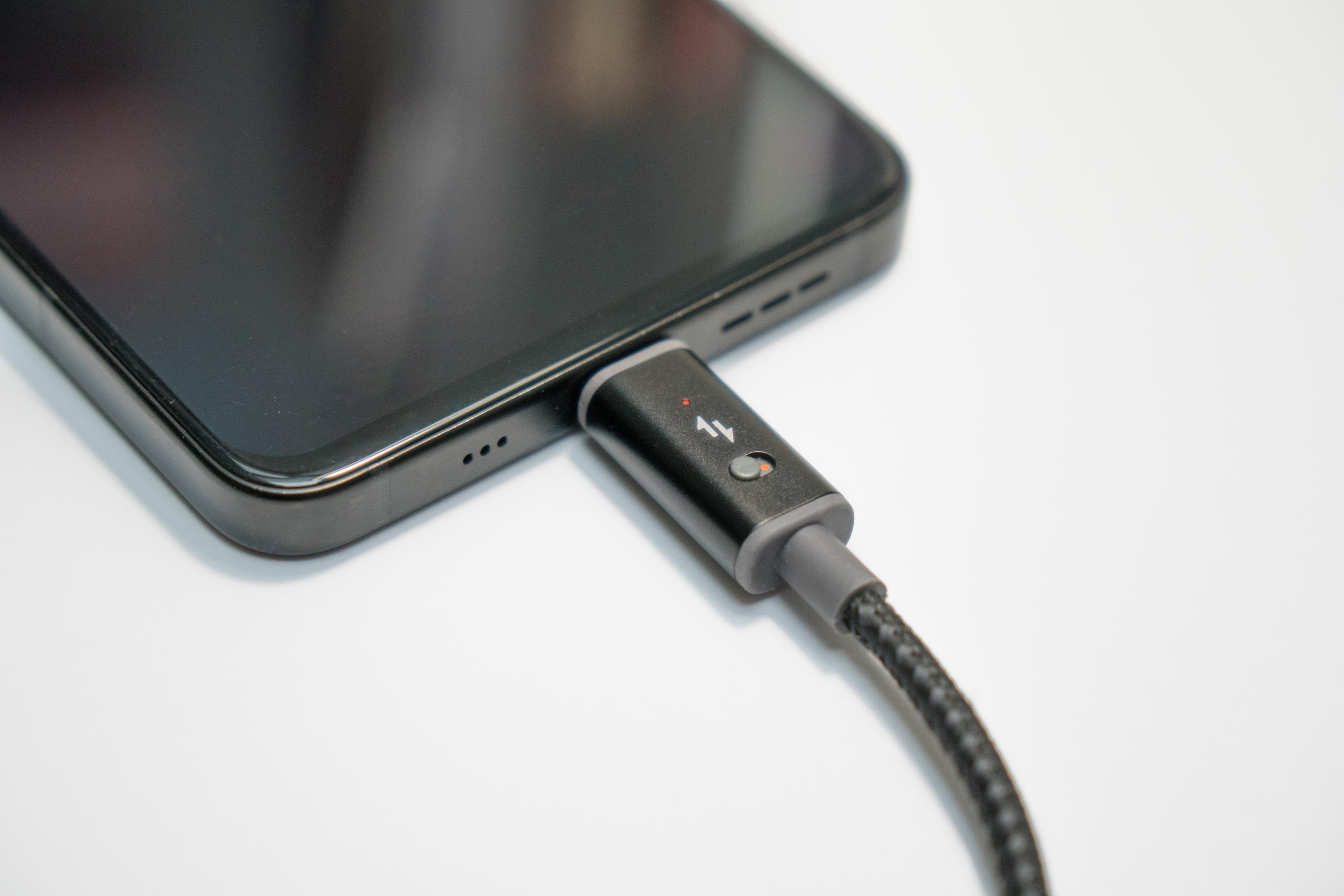 Privacy and security are so deeply linked they empower one another. At OSOM, we build hardware and software with both specifically in mind. This is why we are introducing a new type of charging cable with the Solana Saga. With a flip of a single switch, you can disconnect the cable’s data lines, ensuring your phone only receives power when it's plugged into a charging receptacle.

Why is that important? Two words: juice jacking.

What is Juice Jacking?

Put simply, juice jacking is when you plug a device into a power source, and rather than simply being topped up as expected, something on the other end of that receptacle is actually trying to steal your data or install malware. If you ever use a public USB port — for example at hotels, airplanes, coffee shops, etc. —  you don’t know what (or who) is on the other end of it.

How, you may ask, can someone else hack my information through a power outlet? The port you’re plugging into may not just supply power. That’s because your phone also uses USB for data transmission. When you plug in a thumb drive, webcam, keyboard, or other accessories, certain pins aren’t just pumping power over the cable. The pins also transmit data so these accessories work. Unfortunately, this makes the connection subject to a kind of man-in-the-middle attack — that’s a complicated way of saying there’s something in the middle of this connection that you aren’t aware of and which could be trying to break into your device.

Ideally, whatever you plug in should be resistant to this sort of attack, but that’s not always guaranteed. Malicious attackers can use these public charging stations to load malware (like spyware and viruses) onto devices or copy private data like passwords and conversations.

Fortunately, juice jacking is itself reliant on the expected presence of data-transmitting pins to operate, and that’s how we’re able to fight it.

Privacy and Security at the Flip of a Switch

The privacy cable we ship with the Solana Saga has a single simple feature that eliminates juice jacking entirely: Toggle a switch, and the data-delivering pins inside the USB cable are physically disconnected and unable to function, while the pins to power up your device still work. Without that connection, malicious hardware on the other end of the connection is unable to communicate with your device. It can continue to supply power, but it can’t “talk” to your Saga (or other phone, tablet, or laptop), and because of that, it can’t load it up with malware or try to read data off of it. Since the disconnection that happens is at the physical level, no one can try to “hack” the cable back open through software — you’re in control.

For added peace of mind, we’ve included an LED that flashes when data is being transmitted, so even if you don’t have the toggle flipped, you should have an idea when something on the other end of your cable is trying to “talk” to your phone.

There are charging-only cables out there that don’t have the required data pins, but then you’re left unable to connect your Saga to your computer or other accessories, and that means you have to carry two separate cables. So-called “data blockers” or more humorously named “USB condoms” also exist as accessories you can plug onto the end of a cable to disconnect the data pins, but they’re small dongles that are very easily lost. Building this functionality directly into the cable means that privacy and security come at no loss of convenience — and we think that’s OSOM.